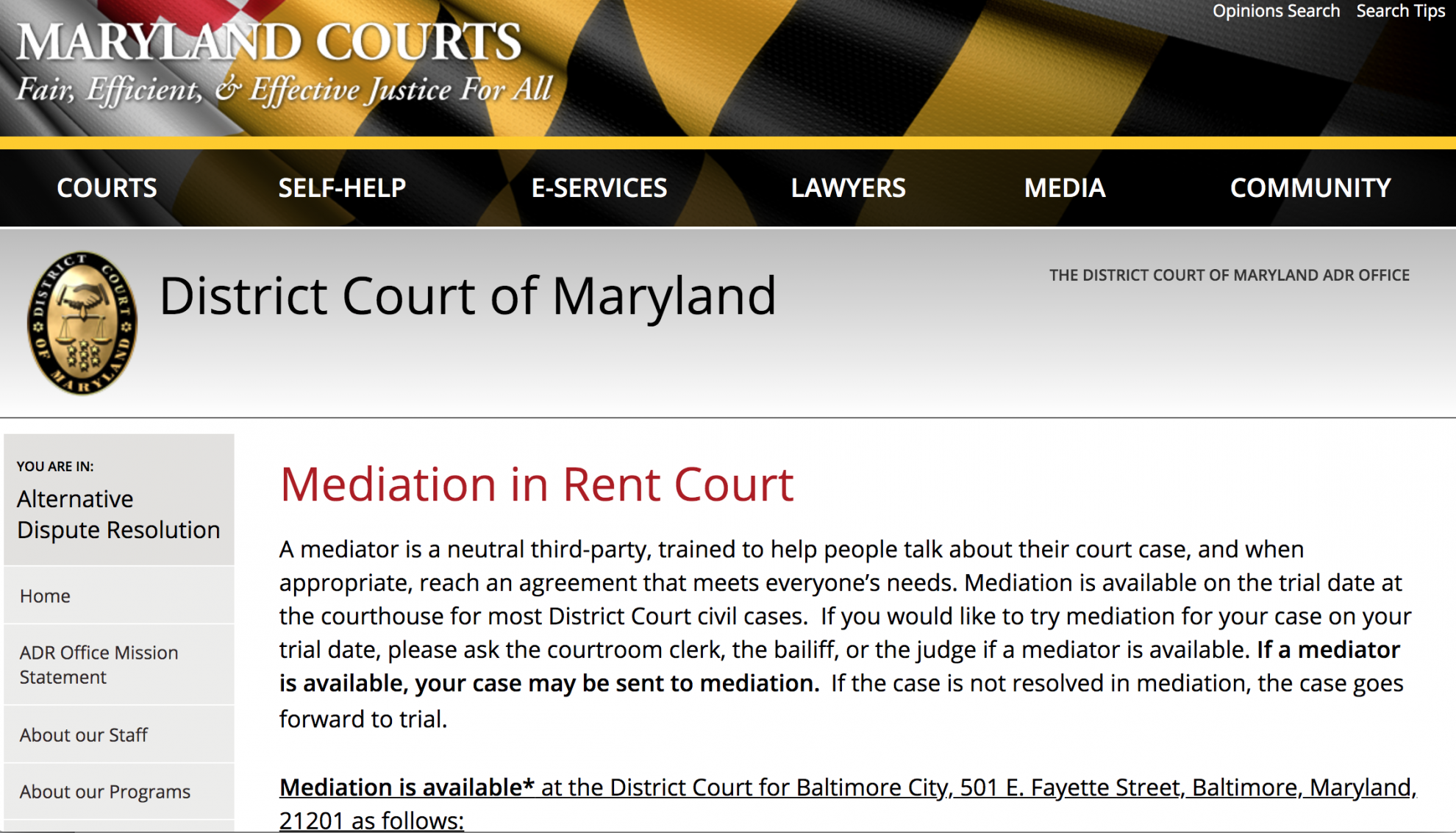 District Rent Courts in Maryland have mediation available when landlords and tenants come to trial for their court case. It allows people going through eviction (or dealing with other landlord-tenant housing problems) to have a neutral third-party involved in possibly settling their case — rather than continuing with the court trial.

The program offers a free mediator during high-volume times, on early mornings in Rent Court.

The Baltimore City District Court had piloted a Rent Court Mediation program for five months in 2016, and the pilot gathered data on the results of the intervention. (The full 60 page report from 2017, authored by the Center for Dispute Resolution at the University of Maryland law school, on the Mediation pilot and its outcomes can be seen here.)

The court found it was a successful pilot based a few main factors: