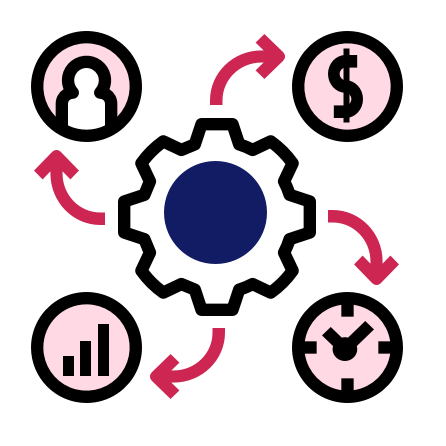 What works when it comes to preventing eviction? There are many different policies, programs, and technology interventions. On this page, we highlight the growing number of studies that evaluate different interventions.

How can we evaluate eviction prevention efforts?

Your evaluation plan will depend on the type of program, as well as the context that you’re in. We have outlined some of the most common study designs here, with links to more resources on these program evaluations.

Randomized Controlled Trials are often considered the gold standard of evaluating policy impact. See below for many examples of RCTs used to study whether an intervention helps stop eviction judgments, produces better outcomes for low-income tenants, and other key outcomes.

Difference-in-Differences evaluation can be a useful alternative, especially when it’s not feasible or ethical to do an RCT.

Surveys and qualitative interviews can help you understand changes that are not necessarily recorded in data sets. They can help uncover important behaviors, events, experiences, and dynamics.

See more at the World Bank’s page on survey design and pilots.

What do we know about what works to prevent evictions?

The California Courts ran the Sargent Shriver Civil Counsel Act pilot programs starting in 2009. In these pilots, different courts hosted services for low-income people facing eviction in court. These pilot programs included free attorneys to represent the tenant and manage their case; unbundled help with filling in forms and prepping for trial; in-court self help assistance; and housing inspectors to investigate living conditions.

The program included an evaluation that gathered data, and tracked outcomes of the tenants. There was some randomization of who received services, and comparative analysis of what happened in those tenant cases. The full report analysis is here.

The executive summary is here:

Since New York City passed Right to Counsel in 2017 and instituted other rent reforms, there have been several evaluations that document that there are fewer evictions and fewer eviction-related harms.

Autumn 2020: NYU Furman Center: they did an event analysis on zip codes where the right to counsel was rolled out. The study finds that the policy led to higher rates of tenants using lawyers, and lower rates of executed eviction orders. The policy also seemed to increase the number of tenants appearing in response to the court filing.

The study found that those tenants randomly-given legal aid attorneys were more likely to avoid final eviction orders against them. They were also more likely to get orders to have landlord requirements to repair the home or give rent abatements.

It also found that having legal assistance did not produce delays and court inefficiencies.

The study was a randomized control trial, that chose from tenants waiting in line in Housing Court, who were eligible for legal aid, and that randomized assignment to receive a lawyer or not.

A 2013 study compared the outcomes of tenants in Massachusetts who received full legal aid support (with an attorney representing them throughout their eviction case) versus those who received limited, unbundled legal assistance (with some instruction and self-help support).

The study found a sizable impact of having lawyer representation. Those tenants were much more likely to retain possession of their home at the end of the proceedings. They also were more likely to be relieved of more financial obligations, having to pay less of the landlord’s claims of what money was due.

This 2019 study uses a difference-in-differences study design in California, based on Eviction Lab data on court eviction filings. It compares jurisdictions that enacted just cause eviction policies, to those that did not. It tracks the eviction rates and lawsuit filing rates, comparing the treatment & control jurisdictions.

The study finds that the just cause policy produces significant drops in eviction filing rates & order rates. This is in East Palo Alto, Glendale, Oakland, and San Diego — each of which had just cause standards implemented in the past 2 decades. The researcher compared these 4 cities eviction rates with control cities that have comparable situations, but no just cause ordinance.

Jessica Steinberg, a law professor at George Washington University, has a 2017 publication that demonstrates the impact of housing courts that have taken a ‘Problem-Solving’ approach to handle landlord-tenant cases.

The study looks at housing courts in Washington DC, and how judges managed tenant-landlord cases through certain procedures that tenants were more able to bring cases and have accurate case resolutions (that the substantive law was followed).

These new problem-solving procedures include housing inspections, and regular court hearings in front of a judge.

This differs from the traditional court process: filing of papers, settlement negotiations, and issuance of court orders.